Impact of Space Weather on Aviation

The Sun drives our planet’s weather and climate patterns. The exposure of regions on Earth to sunlight is a key component in weather & climate, and changes on a daily and seasonal basis. Solar energy is pumped into our atmosphere and drives the weather, potentially causing storms.Similar to this, we have space weather and space climate. Besides sunlight entering our atmosphere, there is also solar mass continuously flowing along the magnetic shield surrounding Earth. Our atmosphere and magnetosphere can respond in a dramatic way to an abrupt change in the continuous emittance of light and mass from the Sun. A solar storm initiates space weather processes which impact our navigation and radio communication systems and can cause an increase of radiation levels at flight altitude.

PECASUS advises pilots in case Space Weather (SWX) causes a moderate or severe impact on the radiation at flight level, Satellite navigation or long distance Radio communication.PECASUS continuously monitors and measures the atmospheric and magnetospheric space weather parameters. When there is an indication that the health of passengers and crew might be affected due to radiation, or when the HF communication or satellite navigation is impacted, an advisory message is sent out through the standard communication networks defined by the International Civil Aviation Organization (ICAO). The advisories have a standard format.

During solar storms, solar particles like protons can suddenly be accelerated, heading into space at great speed. When they arrive at Earth, these energetic particles can penetrate the atmosphere at the magnetic poles. They bombard atmospheric particles and create a shower of particles possibly reaching the Earth’s surface. When this happens, crew and passengers onboard airplanes are more vulnerable to this harmful radiation. The effect is stronger at high altitudes and latitudes.

The ionosphere is a layer at the top of our atmosphere which is ionised due to sunlight (at ultraviolet and x-ray wavelengths). Because the layer is ionised, it has the ability to reflect HF radio waves allowing long distance radio communication, which is crucial for aviation. HF radio waves have frequencies between 3 and 30 MHz.However, during solar storms, extra energy is deposited into the ionosphere, introducing additional ionisation and irregularities. HF radio waves can be absorbed or reflected in unforeseen ways, causing a radio communication failure. This malfunctioning can happen near the Earth’s poles or on the day-light side of the Earth, depending on the sort of solar storm and associated energy input.

Space weather advisories are available from the Civil Aviation Weather Service by the Finnish Meteorological Institute.

Information about current space weather advisories are available from the Civil Aviation Weather Service by the Finnish Meteorological Institute.

According to ICAO regulations space weather advisories shall be issued only when very strong space weather events occur. As we are currently living the years of solar minimum, there has not yet been any need to send real advisories since Nov 7 2019, when the centers started their official operations. However, several test advisories have been sent during recent months in order to test the dissemination channels in the ICAO framework.

Besides PECASUS the two other services providing advisories are the Space Weather Prediction Center of NOAA (https://www.swpc.noaa.gov/) and the ACFJ (http://www.bom.gov.au/aviation/space-weather-advisories/) consortium formed by Australia, Canada, France and Japan.

The three centers are doing space weather monitoring in two week shifts with one of the centers serving as the On Duty Center (ODC) and the others as Primary and Secondary backup-centers. 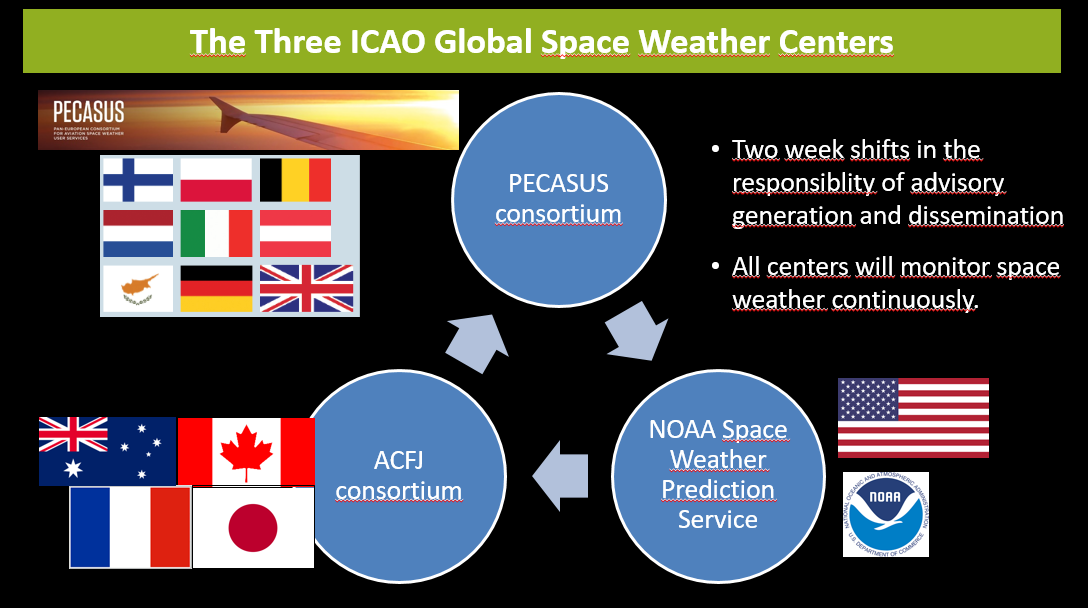 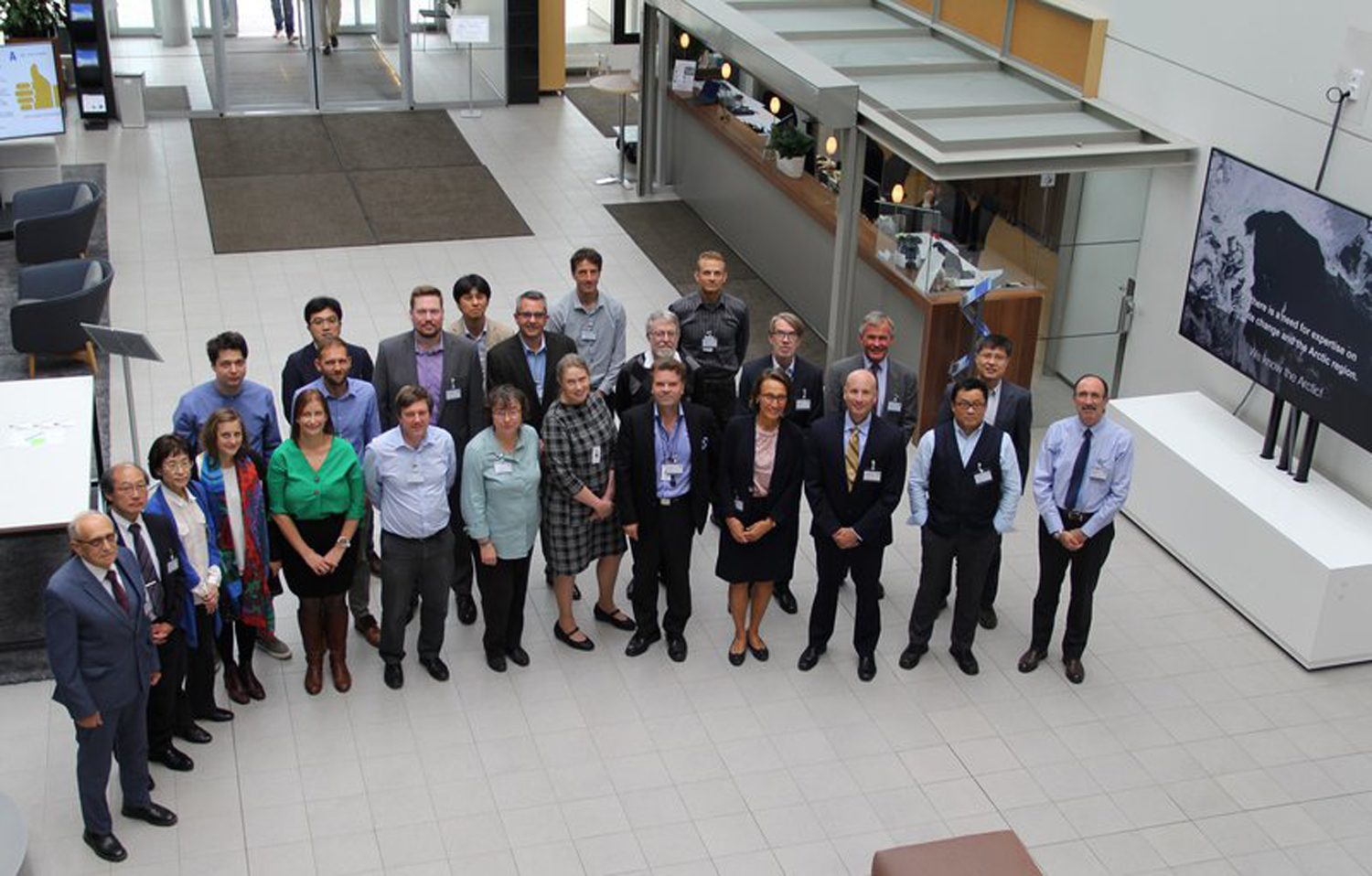 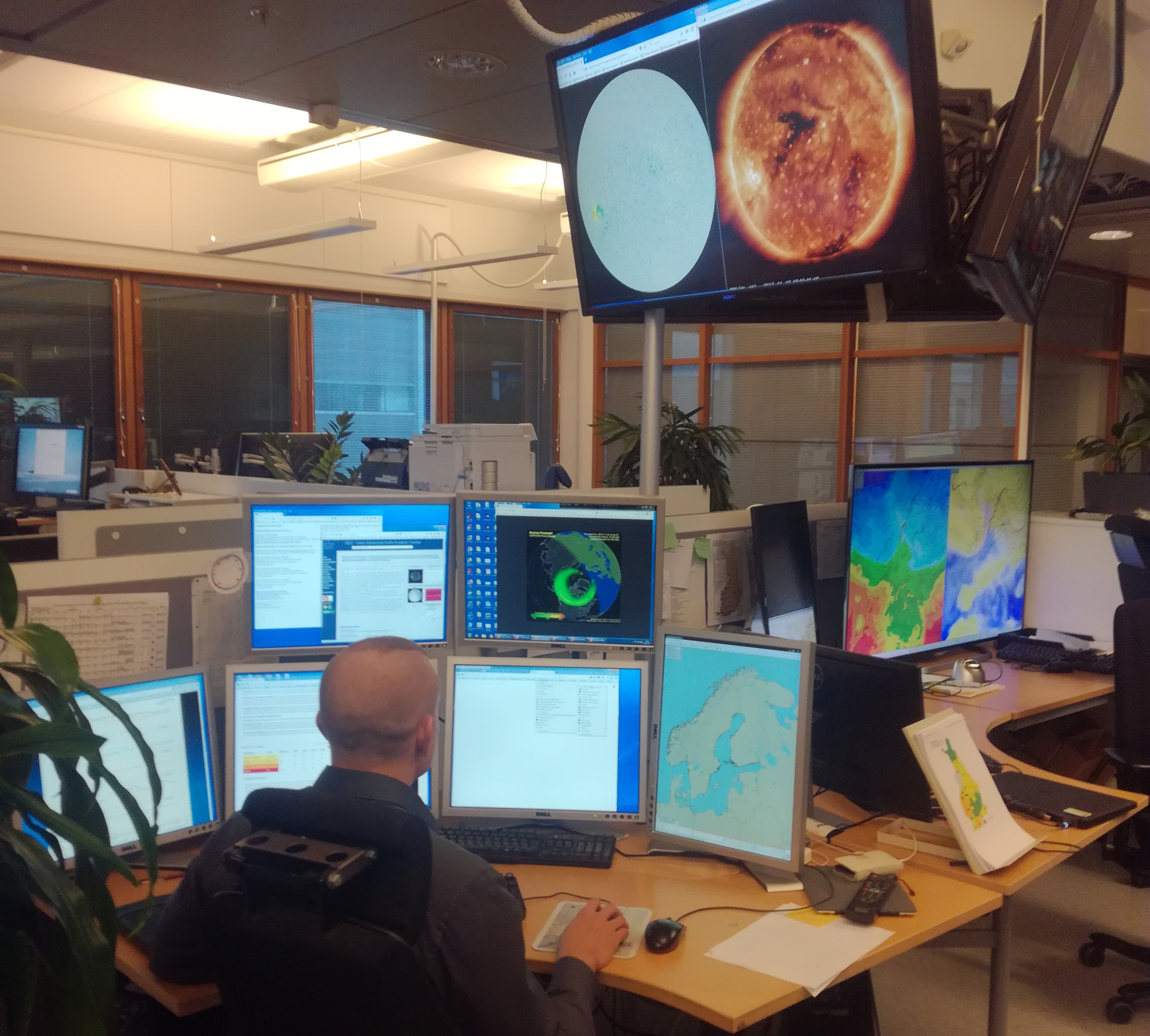 PECASUS factsheets and leaflet have been published and are available in our Dissemination website.

The page contains three files, one two page overall PECASUS leaflet and two editions of the factsheet. First factsheet is one page and the second one is similar including the introductions of all consortium members All files are in PDF-format and you can copy, print and share them freely. 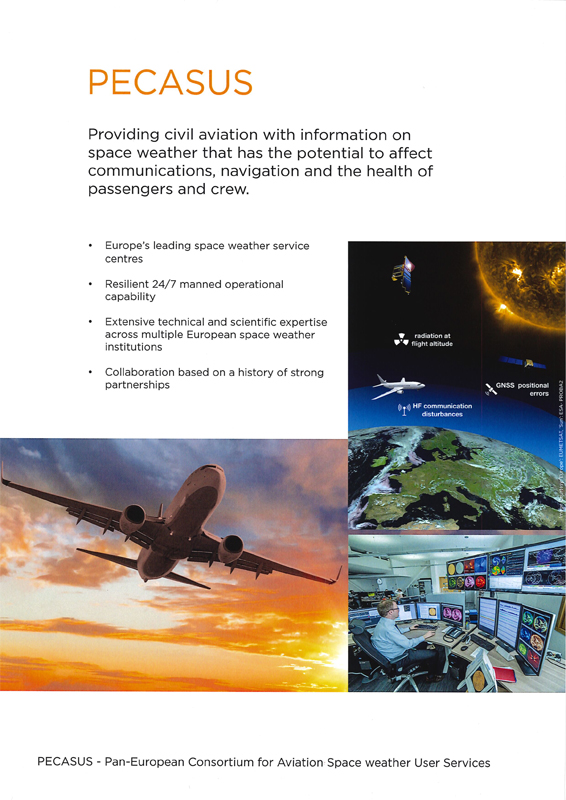